St. Anne’s Friary, Spring of Spiritual Life in the Heart of the Mangalore City

St. Anne’s Friary,  Spring of Spiritual  Life  in the  Heart of the City

St. Anne’s Friary  a house of prayer of the Franciscan Capuchin Friars,  touching the lives of the people. A attraction to all the people of different walks of life  all to fulfill their soul’s desires. Now blessed with a New Chapel  from traditional outlook to the Merger  of the new and old a place you must visit for the Spiritual enlightenment. 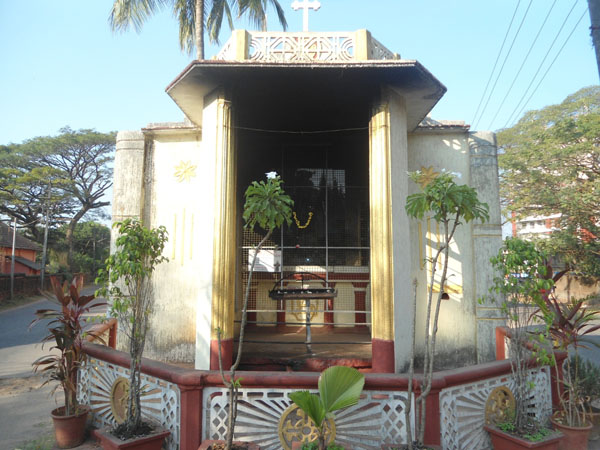 The place, originally known as “Lawn View” and measuring 45 cents, belonged to Mr. George Lobo, a retired jailor. He gifted the place and his house to the Capuchins in May 1936, in memory of his deceased wife, Mrs. Annie Lobo. Hence the friary is named after St. Anne. Earlier the house was used as a centre for Franciscan gatherings. A hall was erected for this purpose in 1937, which served also as a chapel and eventually became the Portiuncula, dedicated to Our Lady of Angels. In 1941 the house of Mr. George Lobo was declared a hospice attached to St. Fidelis Friary, Farangipet. Some friars started staying here for the purpose of doing social work and other pastoral ministry in the town. A shrine of St. Anthony was constructed at the corner of the triangle during the same year.

Since Mr. George Lobo was still living in one of the rooms of his old house and the friars needed privacy, a temporary residence was constructed behind the shrine of St. Anthony in 1943. In 1950, after the death of Mr. George Lobo, the temporary residence was demolished and the old house of Mr. Lobo was re-modeled and the chapel was enlarged. For the purpose of promoting vocations to the Order, the Assisi House was started in 1955 in a small rented building. The compound, measuring about 2 acres, adjoining the friary and known as ‘Grasmere’, which belonged to Mr. P.C. Lobo, the brother of Mr. George Lobo, was acquired in 1960 and the Assisi House was shifted to its present premises.

The old house constructed by Mr. George Lobo at Lawn View and which had housed the friars for more than 25 years, having become inconvenient for habitation, was demolished in 1977 and on the same site the new friary was constructed and completed in 1979.  The students of PUC were accommodated in the Friary from 1979 to 1983.

In 1983 the PUC students were shifted to the Assisi House which itself was rebuilt in the year 1967 to accommodate the increasing number of boys studying in Assisi House. From 1987 Assisi House looked after only capuchin candidates who did their PUC studies. In August 1999, Postulancy of KGM was shifted to Assisi House. The fourth Provincial Chapter of 2007 decided to have first year of Initiation and also the Provincial Infirmary in the Assisi House. A master plan was approved for this purpose.

The friary has many initiatives to its credit. In early 1950’s, under the leadership of Fr. Cyril Andrade the S.F.O. apostolate began in Mangalore. Later, under the leadership of Fr. Vincent Lobo, the S.F.O. ministry thrived in Mangalore diocese. In 1943 the Konkani Natak Sabha started by Fr. George Albuquerque Pai S.J. was transferred to the Capuchins of St. Anne’s Friary. Fr. Cyril Andrade became its president. By 1951, under the leadership of Fr. Philip Neri, a good Hall, named Don Bosco, was built and to-date the Capuchins direct the socio-cultural activities of the K.N.S. Some years later, Fr. Vincent Lobo started the Konkani family monthly magazine, “Sevak” which saw its first issue in September 1959. He also started Assisi Press in 1970 as a landmark in the media apostolate of the Province.